Title: Vasopressors in the Critically Ill

Vasopressor Tips in the Critically Ill

There has been a major focus on head impact biomechanics as a cause of single-impact concussion in football.

during the preseason and regular season may also be contributory.

There may exist individualized concussion tolerance levels. This threshold may be reduced by the burden of sustained subconcussive impacts

Conclusion: There is a prolonged effect of HIE on concussion risk starting with preseason football.

Athletes with higher preseason HIE may have higher risk of concussion for the entire fall season.

In 2016, the Ivy League eliminated full contact practices from the regular season in addition to their existing limits on the amount of full contact in practice during the spring and preseason.

Currently, the NCAA has the following limitations:  Teams won’t be allowed to hold full-contact practices on more than two days in a row. Each practice session is limited to only 75 minutes of full contact, in addition to a limit of two preseason scrimmages.

Title: Pre-hospital Blood and Lyophilized Plasma versus Normal Saline in Traumatic Shock. The results of the RePHILL trial.

Enthusiasm for early transfusion of blood products in patients with traumatic shock has increased with increasing availability of pre-hospital blood and plasma and results of studies such as the PAMPer trial of pre-hospital plasma have shown potential mortality benefits.  The deployment of prehospital blood for patients in hemorrhagic shock is promising but has significant cost and logistical considerations.

The RePHILL trial was a UK pre-hospital-based study of packed red blood cells and lyophilized plasma versus normal saline in trauma patients with presumed hemorrhagic shock.  Patients older than age 16 with an SBP<90 or an absent radial pulse were eligible to get up to 1L of the study intervention.  Multiple centers took part in the trial with 1:1 randomization stratified by study center.  The primary outcome was a combination of mortality or lactate clearance less than 20% per hour or both.

A total of 432 patients were assigned a study fluid. The population was 82% male, median of 38 years old, with 78% of injuries classified as blunt, and 82% of the presumed hemorrhage classified at non-compressible. This was a very ill population with an average SBP of 73, an average GCS of 7 and an ISS of 36. The average from emergency call to EMS arrival was 30 minutes, average to study intervention was 26 minutes and time from EMS activation to ED arrival was 90 minutes.

Prehospital packed red blood cells and lyophilized plasma as compared to saline for traumatic shock did not improve mortality or lactate clearance in a well conducted multicenter RCT.

The use of prehospital blood products is promising but population which benefits, and the optimal type of product and delivery mechanism remain unclear.

Increased blood utilization and lower early mortality in the blood product group may represent alteration in the spectrum of disease that requires different early management.

The reasons for this counterintuitive result are unclear and further trials of whole blood as well as fibrinogen concentrates are ongoing.

Title: Attitudes, Behavior, and Comfort of Emergency Medicine Residents in Caring for LGBT Patients: What Do We Know? (By: Kevin Semelrath)

Attitudes, Behavior, and Comfort of Emergency Medicine Residents in Caring for LGBT Patients: What Do We Know?

This paper was written by some of the thought leaders in the Diversity, Equity and Inclusion realm in Emergency Medicine. Undergraduate medical education has minimal formal hours dedicated to LGBTQ+ health, and EM residency has even less. The authors wanted to assess EM resident comfort in caring for patients who identify as part of the LGBTQ+ community

An anonymous service was sent out to CORD and was then disseminated to the residents of the 167 ACGME accredited EM residencies. It was a 24-question survey based on a similar one given to medical students. Overall, a total of 319 residents responded to the survey, with the vast majority identifying as heterosexual and cisgender

This study was published in 2019. Despite some amazing advancement in the LGBT community, we obviously still have a long way to go. This study shows the need for more formalized and routine education regarding LGBT population health issues at both the undergraduate and graduate medical education levels. It also demonstrates that LGBT physicians still experience discrimination in the workplace, even within our specialty. Be kind, be compassionate, be understanding. 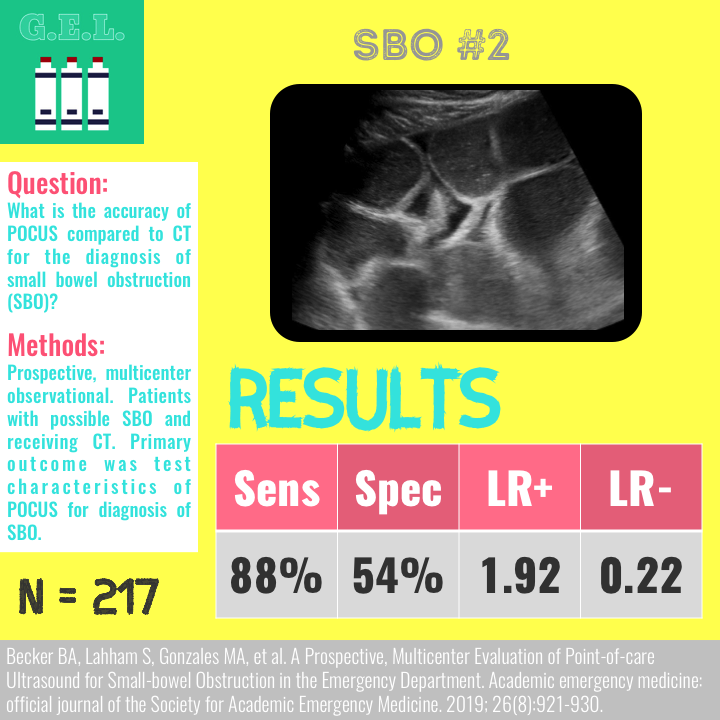 Lung-protective ventilation with low-tidal volume improves outcome among patients with Acute Respiratory Distress Syndrome.  The use of low tidal volume ventilation in the Emergency Departments has been shown to provide early benefits for critically ill patients.

The authors identified 11 studies with approximately 11000 patients.  The studies were mostly observational studies and there was no randomized trials.

Although there was low quality of evidence for low tidal volume ventilation in the ED, Emergency clinicians should continue to consider this strategy.

On exam, you note dorsal swelling, tenderness, and deformity

There is no rotational deformity but using the lateral view, you note that there is angulation

Acceptable shaft angulation generally accepted to be less than 40°

Flex the MCP, DIP, and PIP joints to 90 degrees.

Next, apply volar pressure over the dorsal aspect of the fracture site while applying pressure axially to the flexed PIP joint.

Title: Pearls for the Patient with Massive Hemoptysis

-If the patient is able to maintain mentation/airway/SpO2/hemodynamics and cough up blood, intubation is not immediately necessary

-If you do intubate, intubate with the largest ETT possibly to faciliate bronchoscopic interventions and clearance of blood

-See if you can find prior/recent imaging in the immediate setting (e.g. pre-existing mass/cavitation on R/L/upper/lower lobes)

-Get these meds ready before the bronchoscopist gets to the bedside to expedite care:

-If the pt's vent suddenly has new high peak pressures or decreased volumes after placement of endobronchial blocker, be concerned that the blocker has migrated

Encountered a situation in CCRU where we needed to prepare for a patient exsanguinating from gastric varices, and found a great summary of the different types of gastroesophageal balloons from EMRAP.

More in depth video on the Minnesota tube: https://www.youtube.com/watch?v=4FHIiA_doWU 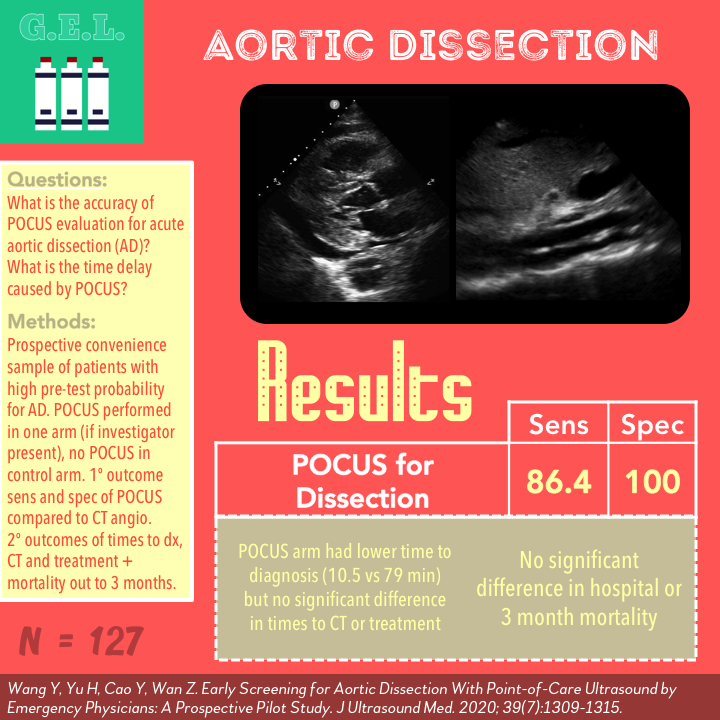 This was a prospective study done in a pediatric emergency department where 329 children ages 4-16 years with isolated fractures were included.  After casting, children were prescribed either ibuprofen or oxycodone.  Pain score and activity level were followed by phone for 6 weeks.  The reduction in pain was comparable for motrin and oxycodone.  However, the children who received motrin experienced less side effects and quicker return to baseline activities compared to oxycodone.
Bottom line: Ibuprofen is a safe and effective option for fracture related pain and has fewer adverse effects compared to oxycodone. 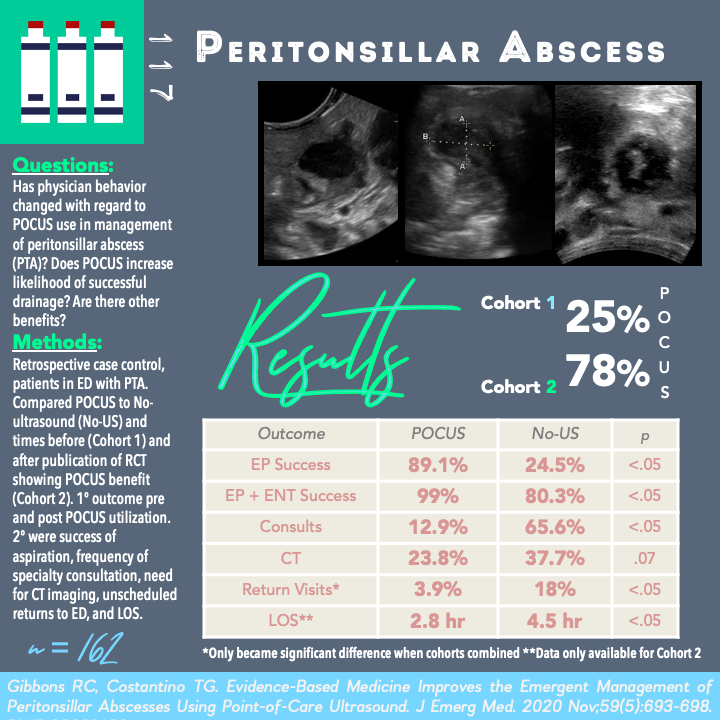 4-year-old patient comes to the ED for an unrelated complaint and you notice that his knees appear to be touching while his ankles remain apart.

- Centered at the tibia

May complain of knee soreness or subjective instability

Focal angulation of the proximal tibia

No tenderness or effusion

Treatment depends upon the age of the child and the severity

Note: In adolescent variant bracing is ineffective and surgery is only treatment

: Genu varum is normal in children <2 years old and becomes neutral at 14 months

With the low supply of IV contrast for CT’s remember that you can use your friendly ultrasound to help you diagnose a wide range of pathology. Most often there is a HIGH SPECIFICITY (so if you see it, it is probably there but not a rule out test). Over the next week we will look at  5 cases where residents have diagnosed cool pathology using ultrasound. Just remember that with great power, comes great responsibility 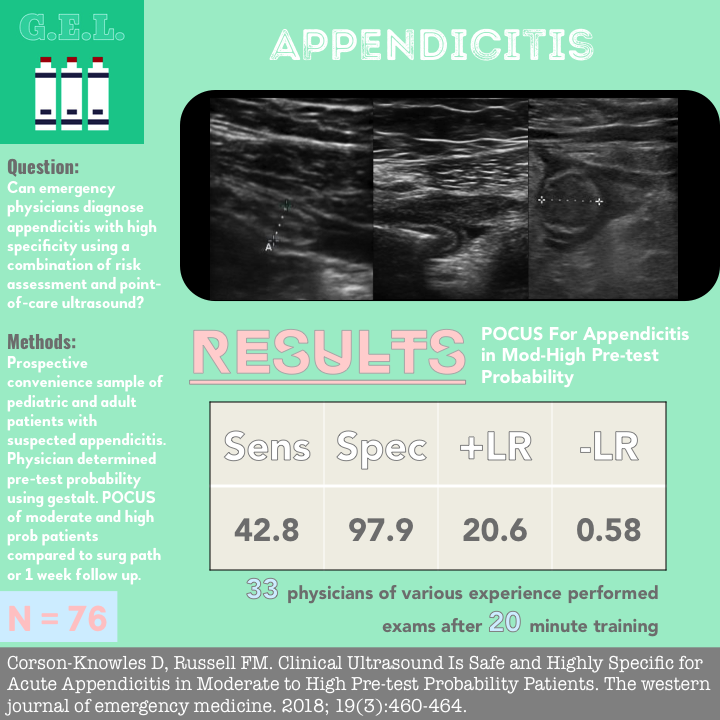 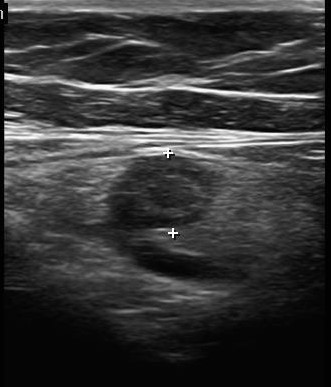 A recent prospective cohort study investigated the effect of low-dose droperidol on QTc in an emergency department:


Low-dose droperidol has a small effect on QTc and most patients remained below 500 ms.

Title: Environment Modifications for Autism in the ED

Title: Adding Vasopressin and Steroids to the Code Cocktail? Not so fast...

Based on prior studies1 indicating possibly improved outcomes with vasopressin and steroids in IHCA (Vasopressin, Steroids, and Epi, Oh my! A new cocktail for cardiac arrest?), the VAM-IHCA trial2 compared the addition of both methylprednisolone and vasopressin to normal saline placebo, given with standard epinephrine resuscitation during in hospital cardiac arrest (IHCA).

BUT there was no increased likelihood of favorable neurologic outcome (7.6% in both groups).

Recent publication on evaluation of long-term outcomes of the VAM-ICHA trial3 showed that, at 6-month and 1-year follow-up, there was no difference between groups in:

Bottom Line: Existing evidence does not currently support the use of methylprednisolone and vasopressin as routine code drugs for IHCA resuscitation.

Some of the limitations:

He is a future “star pitcher,” says his coach dad. “Doc, I bet you didn’t know that although only 10% of people throw with their left hand almost a 1/3rd of MLB pitchers are lefties. He is 3x more likely than a righty to pitch in MLB.” “Maybe I’m asking him to throw too much.”

Hx: Lateral elbow pain and “stiffness” worse with activity that is better with rest

Dx: Panner's disease refers to osteochondrosis of the capitellum (similar to Legg Calve Perthes). Likely due to AVN from repetitive trauma. May also be due to endocrine disturbances.

Associated with the repetitive trauma of throwing or gymnastics.

The articular surface of the capitellum may appear irregular or flattened with areas of radiolucency (43%). Loose bodies not seen with Panners, much more likely with OCD lesions.

Treatment:  Ice and NSAIDs. Avoid pitching/gymnastics etc. until full radiographic and clinical healing. If significant pain and/or swelling place patient in long arm posterior splint for 7-10 days. Resolution may take several months and up to one year.

Title: Low-Tidal Volume Ventilation in the ED - Does it Make a Difference?

Title: Which pediatric patients with blunt abdominal trauma are at very low risk of significant intraabdominal injury (and so don't need a CT scan)?

In 2013, the Pediatric Emergency Care Applied Research Network developed a prediction rule to identify patients who were at low risk of requiring acute intervention after blunt abdominal trauma.  Interventions included laparotomy, embolization, blood transfusion or IV fluids for more than 2 nights with pancreatic or bowel injuries.
If ALL of the following are true, the patient is considered very low risk (0.1%) of needing an acute abdominal intervention:
- No evidence of abdominal wall trauma or seat belt sign
- GCS 14 or 15
- No abdominal tenderness
- No thoracic wall trauma
- No abdominal pain
- No decreased breath sounds
- No vomiting
This prediction rule was externally validated in 2018 showing a sensitivity of 99%.  This rule should be used to decrease the rate of CT scans of the abdomen following blunt trauma.