Ketamine is gaining traction as a prehospital option for managing severe agitation or excited delirium syndrome. Previous reports have mostly been case series, but a new prospective study adds some important information that may help delineate ketamine's role in this setting. [1] The study and an accompanying commentary are both open access. [2]

In settings where community-acquired MRSA is prevalent, which antibiotic is best for uncomplicated wound infections?

Prospective observational study with the primary objective to investigate changes in free digoxin concentrations and clinical effects on heart rate and potassium concentrations in chronic digoxin poisoning when digoxin immune Fab are given.

One to two vials of digoxin immune Fab initially bound all free digoxin confirming Fab efficacy. However, this was associated with only a moderate improvement in HR (49 to 57 bpm) and potassium (5.3 to 5.0 mmol/L).

Ketamine is often thought to be the induction agent least associated with hypotension in the peri-intubation period. However, reports of hypotension following ketamine do exist, including 2 cases of cardiac arrest. [1] There are limited objective means to predict which patients may have an adverse hemodynamic response.

A new prospective observational study followed 112 patients in the prehospital setting who received ketamine for rapid sequence intubation. 81 had a low shock index [< 0.9], 31 had a high shock index. [2]

Patients with a high shock index were more likely to experience hypotension (SBP < 90 mm Hg) in the peri-intubation period compared to those with a low shock index (26% vs 2%).

The American College of Medical Toxicology's ToxIC Registry is a self-reporting database completed by medical toxicologists across 69 insitutions in the US.

In settings where ECMO is available, it may be a potential treatment option in severely poisoned patients. From the limited data, ECMO was generally administered prior to cardiovascular failure and might be of benefit particularly during the time the drug is being metabolized.

Table from the Case Series 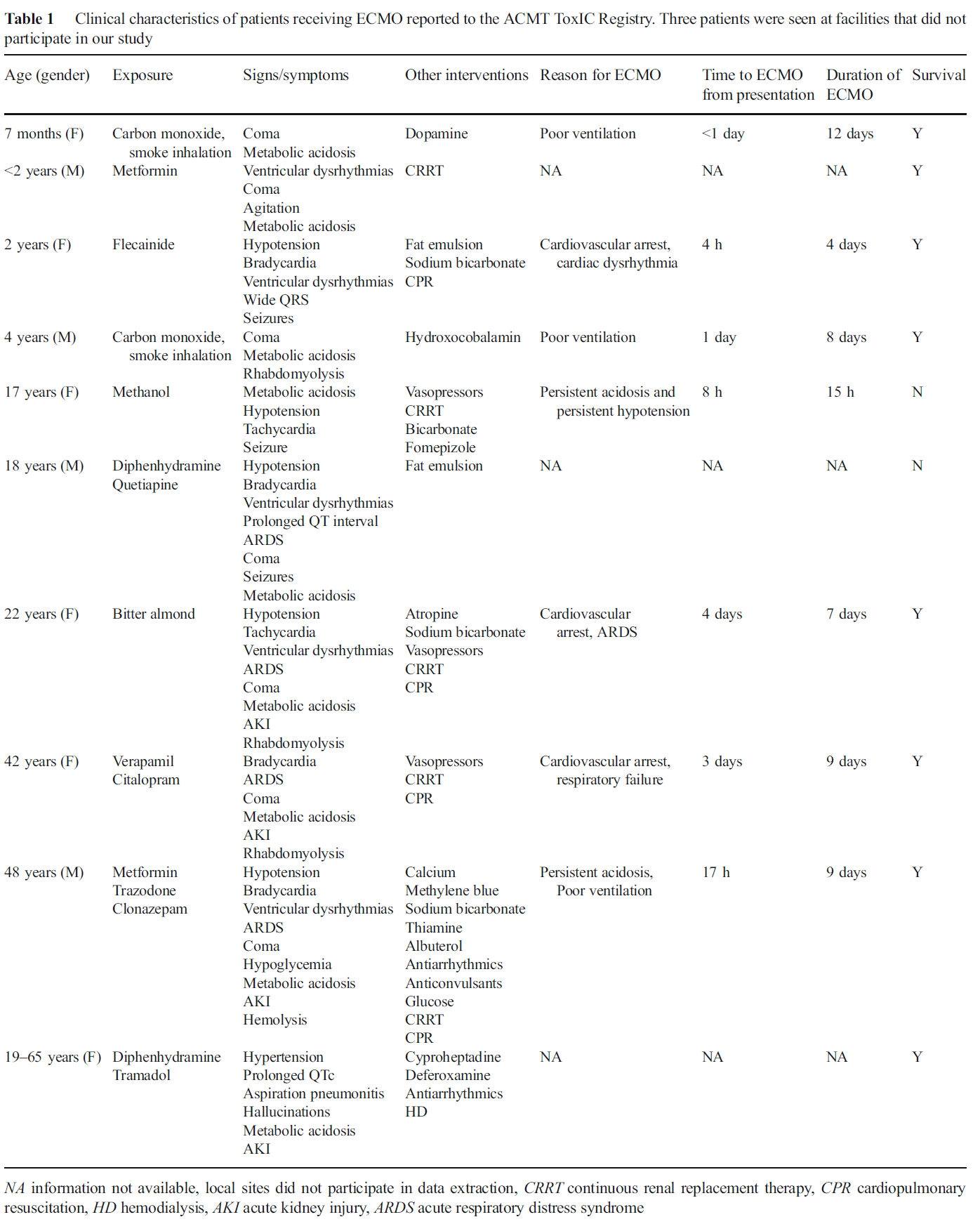 Guidelines recommend loading doses of vancomycin (15-20 mg/kg, up to 30 mg/kg in critically ill patients), but the risk of nephrotoxicity is unknown. A new retrospective cohort study aimed to compare nephrotoxicity in ED sepsis patients who received vancomycin at high doses (>20 mg/kg) versus lower doses (20 mg/kg).

It appears initial loading doses of vancomcyin > 20 mg/kg do not cause increased risk of nephrotoxicity.

Acute cocaine toxicity can manifest with several cardiovascular issues such as tachycardia, dysrhythmia, hypertension, and coronary vasospasm. A new systematic review collated all of the available evidence for potential treatment options. Here is what the review found (there is also an 'other agents' section for medications with less published reports):

The authors note that "publication bias is a concern, and it is possible that successful treatment and/or adverse events have not been reported in some of the publications, and in general." 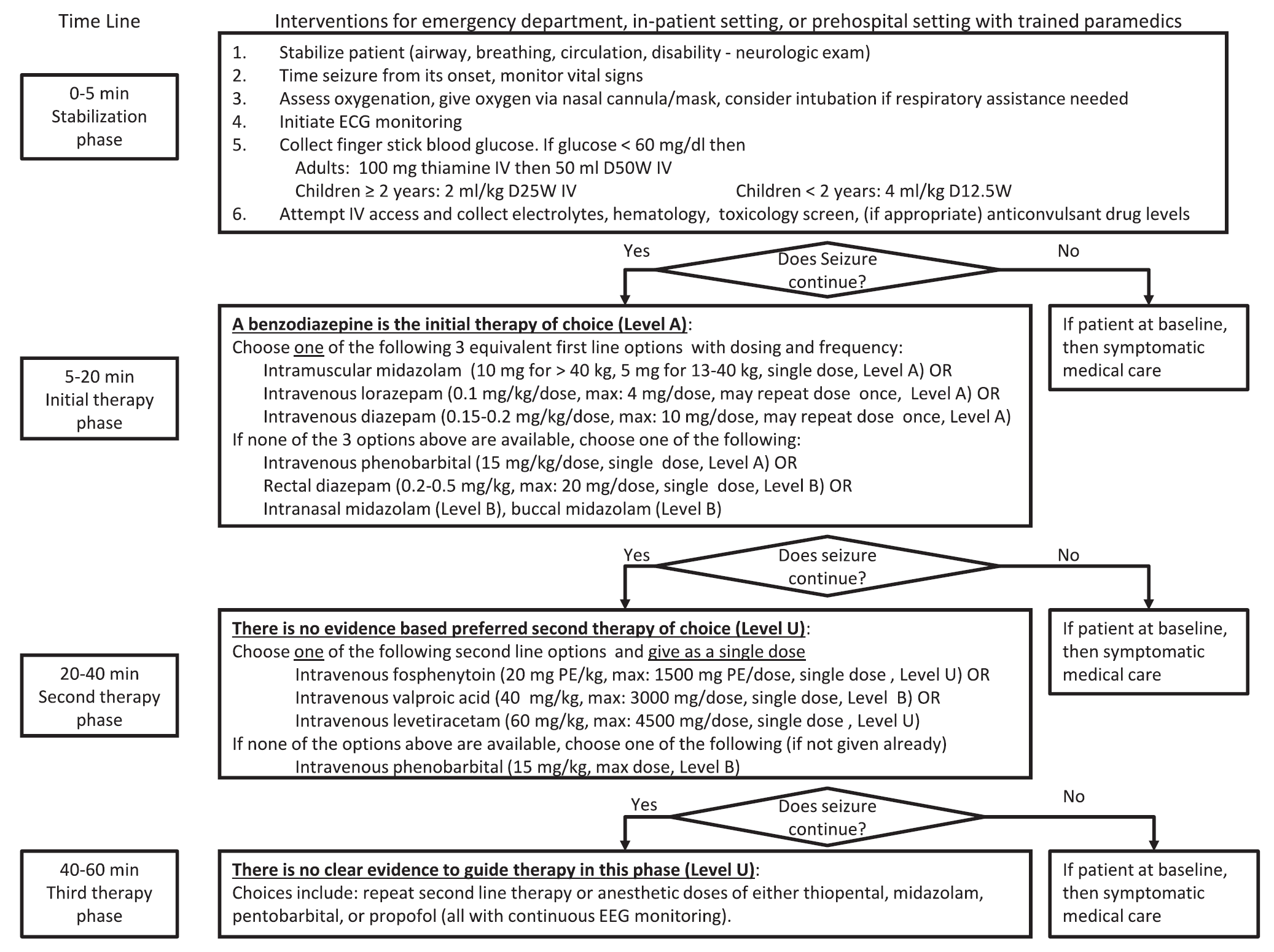 In September 2013, an international group representing major societies in toxicology and nutrition support began collaborating on a comprehensive review of lipid use in poisoning. Six total papers will be published, with the most recent two made available online this week. Here are the available (and forthcoming) papers:

An interesting new study was published looking at in-hospital mortality in TBI patients who received succinylcholine or rocuronium for RSI in the ED.

The three-bag IV acetylcysteine regimen for acetaminophen overdose is complicated and can result in medication/administration errors. [1] Two recent studies have attempted simplifying the regimen using a two-bag approach and evaluated its effect on adverse effects. [2, 3]

The two-bag 20 h acetylcysteine regimen was well tolerated and resulted in significantly fewer and milder non-allergic anaphylactic reactions than the standard three-bag regimen.

Prospective observational study of a modified 2-phase acetylcysteine protocol. The first infusion was 200 mg/kg over 4-9 h. The second infusion was 100 mg/kg over 16 h. Pre-defined outcomes were frequency of adverse reactions (systemic hypersensitivity reactions or gastrointestinal); proportion with ALT > 1000 U/L or abnormal ALT.

Final word: Two-bag regimens seem to offer advantages compared to the traditional three-bag regimen with regard to reduced adverse drug reactions. Look for more data, particularly on effectiveness, and a potential transition to a two-bag approach in the future.

After three failed attempts, the FDA finally granted approval for Merck's non-depolarizing neuromuscular blocker reversal agent sugammadex (Bridion). Though the product has been used in Europe and Asia for several years, hypersensitivity concerns led to the delayed approval in the U.S.

The American Academy of Clinical Toxicology's Lipid Emulsion workgroup has published its first of 4 systematic reviews on the use of lipid emulsion in toxicology, this one on lipid's effect on laboratory analyses. [1] As expected, administering a fat bolus can significantly alter labs drawn subsequently.

The key point: If you are considering lipid for overdose, draw labs prior to giving it.

Which labs are affected? Most. Here's a helpful mnemonic courtesy of Dr. Kyle DeWitt.

Also remember to give lipid in its own line. It isn't compatable with most resuscitation drugs. [2]

Tramadol has a reputation for being a safe, non-opioid alternative to opioids. Nothing could be further from the truth. Several blogs have published about the dangers of tramadol:

But what about seizure risk? Previous studies have been unable to confirm an increased seizure risk with therapeutic doses of tramadol (Seizure Risk Associated with Tramadol Use from EM PharmD blog). However, a new study refutes that premise.

22% of first-seizure patients had recent tramadol use!

This was a retrospecitve study without laboratory confirmation of tramadol intake. Nevertheless, it behooves us not to think of tramadol as a safer alternative to opioids. It is an opioid after all, and it comes with significant adverse effects.

Not to be outdone by the recent FDA approval of Idarucizumab to reverse dabigatran, a new factor Xa reversal agent is under investigation. "Andexanet binds and sequesters factor Xa inhibitors within the vascular space, thereby restoring the activity of endogenous factor Xa and reducing levels of anticoagulant activity, as assessed by measurement of thrombin generation and anti factor Xa activity, the latter of which is a direct measure of the anticoagulant activity."

Two parallel randomized, placebo-controlled trials (ANNEXA-A [apixaban] and ANNEXA-R [rivaroxaban]) were conducted in healthy vounteers to evaluate the ability of andexanet to reverse anticoagulation, as measured by the percent change in anti factor Xa activity after administration.

If there weren't enough reasons to avoid opioids, here is another: opioids don't work for low back pain (LBP).

A well-done, double-blind, randomized controlled trial from JAMA set out to compare functional outcomes and pain at 1 week and 3 months after an ED visit for acute LBP among patients randomized to a 10-day course of (1) naproxen + placebo; (2) naproxen + cyclobenzaprine; or (3) naproxen + oxycodone/acetaminophen.

Neither oxycodone/acetaminophen nor cyclobenzaprine improved pain or functional outcomes at 1 week compared to placebo, and more adverse effects were noted.

Among patients with acute, nontraumatic, nonradicular LBP presenting to the ED, avoid adding opioids or cyclobenzaprine to the standard NSAID therapy.

Title: Dabigatran and Hemodialysis: Watch for the Rebound

In patients receiving renal replacement therapy as a treatment modality for dabigatran-related bleeding, watch for a rebound concentration increase after hemodialysis is stopped.

More than 50% of patients demonstrate a rebound effect with a median increase in dabigatran concentration of 33%.

OOIt is unclear whether this rebound effect is clinically
important, and whether this translates to prolonged clini-

It is unclear whether this rebound effect is clinically important, and whether it translates to prolonged clinically relevant bleeding. Extended hemodialysis sessions or consideration of CVVHD should offset this potential problem.

The North American Congress of Clinical Toxicology starts today and runs through October 12. Look for toxicology pearls and updates on Twitter under the official conference hashtag #NACCT15. 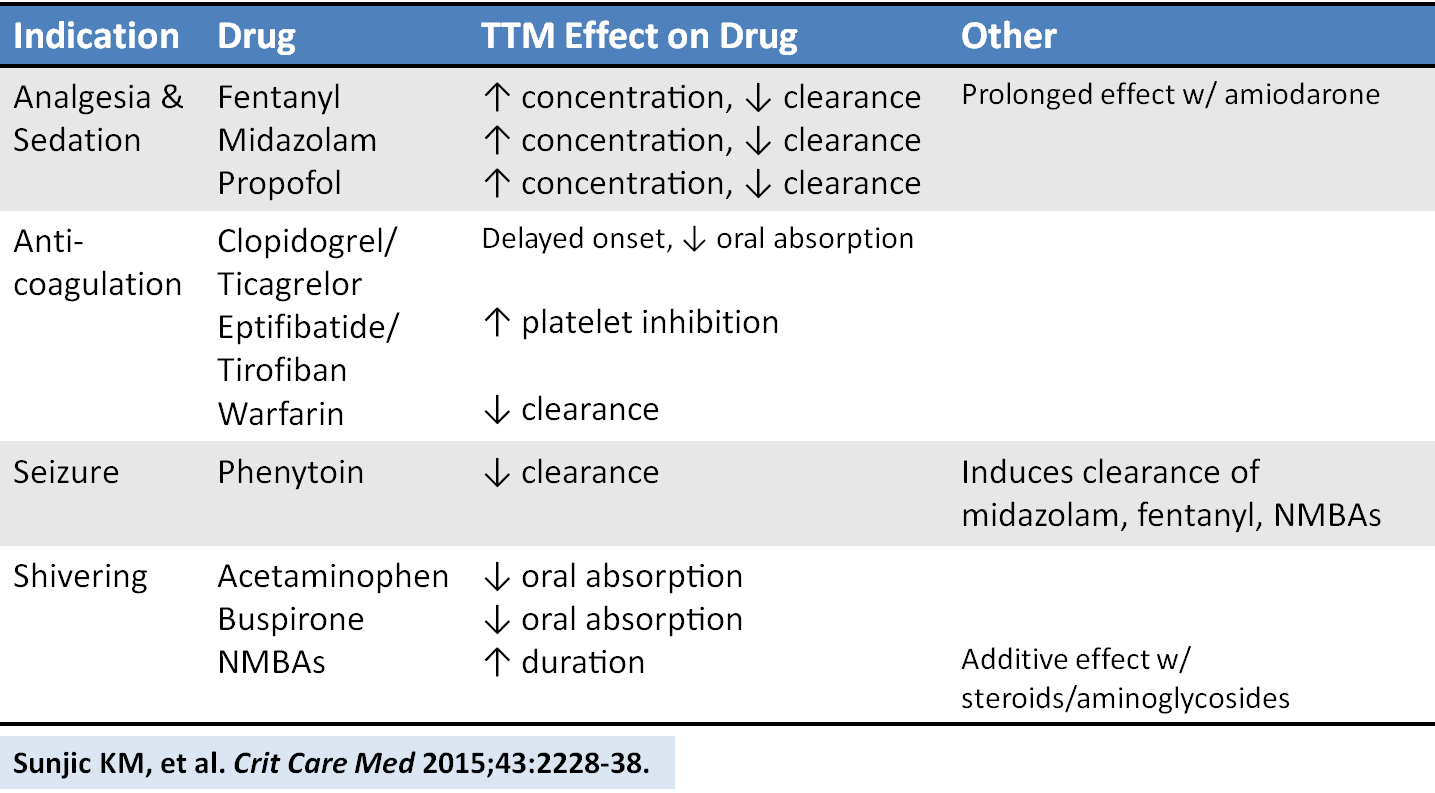 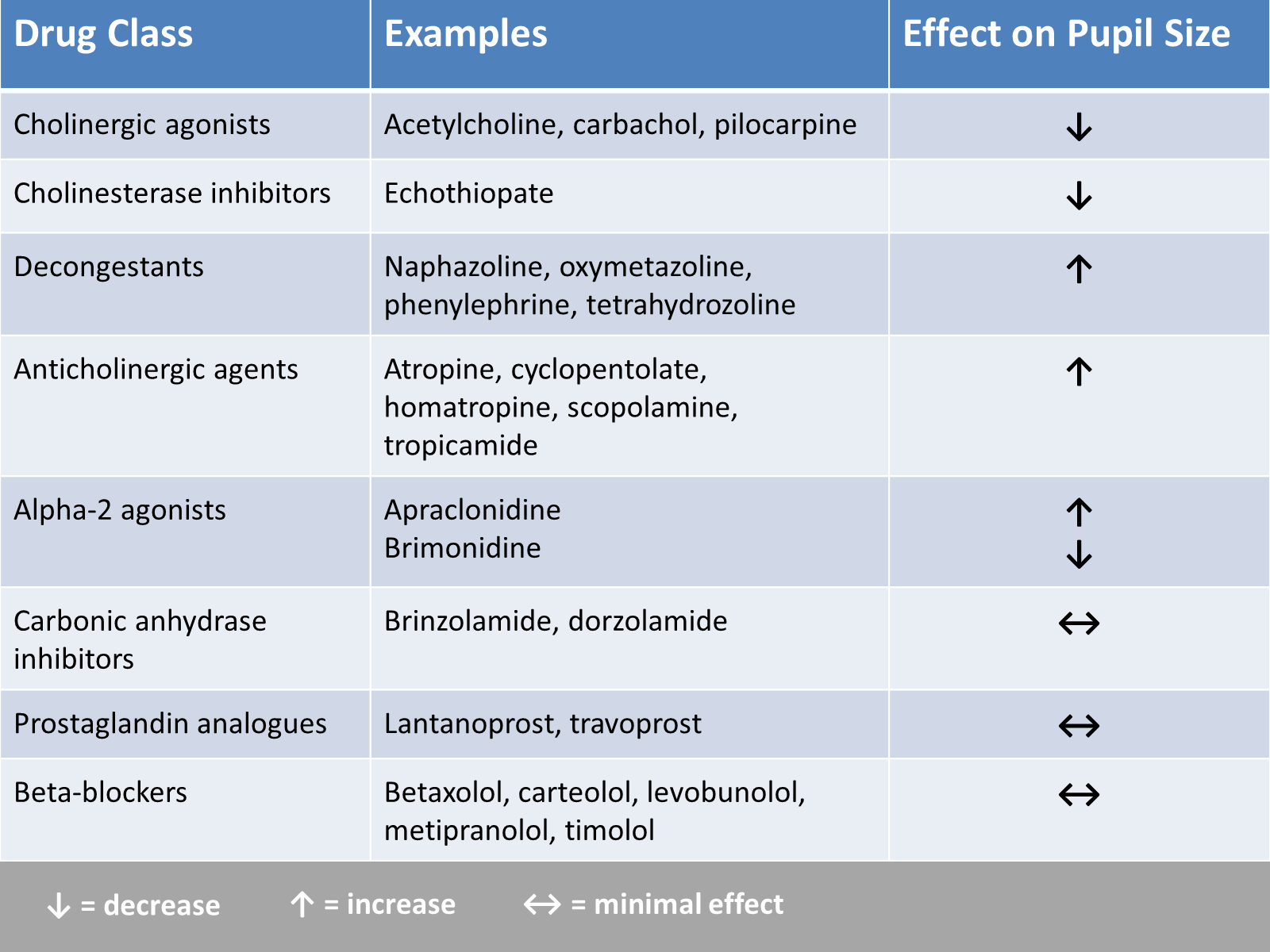 Title: Ketamine vs. Morphine for Analgesia in the ED