Is it possible to have a patient present in diabetic ketoacidosis (DKA) with both negative serum and urinary ketone levels?

A case report published in American Journal of Emergency Medicine by Jehle et al provides a helpful reminder of this phenomenon (1). The degree of acidosis is directly related to the ratio of the various ketones/ketone metabolites: acetone, acetoacetate and beta-hydroxybutyrate present in the serum. The proportion of each respective substance is determined by the existing redox state in the blood. At any given time, acetoacetate and beta-hydroxybutyrate exist in an equilibrium dependent upon the ratio of NAD+ and NADH(fig.1). These substances freely convert with the assistance of the enzyme beta- 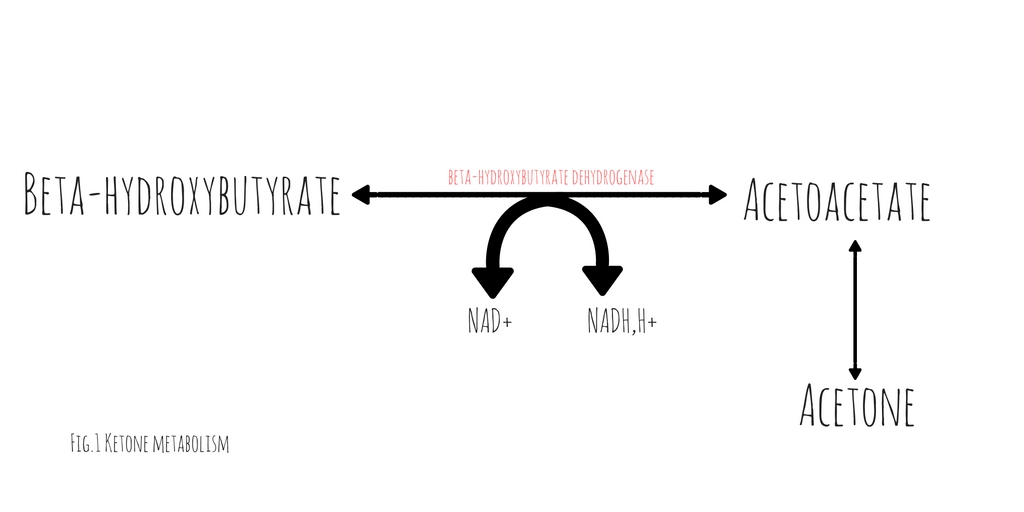 It is important to note, with resuscitation and insulin therapy, the ratio of NADH/NAD+ will start to normalize causing an increase in the quantity of acetoacetate. As the patient improves and the anion gap clears, the degree of ketones detected in the serum and urine will paradoxically increase.

2. Konijn, Abraham M., Naama Carmel, and Nathan A. Kaufmann. The redox state and the concentration of ketone bodies in tissues of rats fed carbohydrate free diets. The Journal of nutrition 10 (1976): 1507.