Non-opioid medications such as gabapentin are frequently prescribed for the management of pain.

A retrospective study of the National Poison Data System (data collected by the U.S. Poison Centers) from 2013 – 2017 showed increasing trend of gabapentin exposure.

Gabapentin exposure increased between 2013 and 2017 by:

5 most commonly co-ingested substances with gabapentin

Title: Safety of Droperidol use for agitation in the emergency department

After many years of national shortage and FDA’s black box warning in 2001 (QT prolongation) droperidol is slowing becoming available.

Calver L et al. The safety and effectivenss of droperidol for sedation of acute behavioral disturbance in the emergency department. Ann Emerg Med. 2015;66:230-238.

2290 cases of e-cigarette, or vaping, product use-associated lung injury (EVALI) from 49 states (except Alaska), District of Columbia and 2 U.S. territories.

*** Vitamin E acetate appears to be associated with EVALI but the investigation is continuing.***

There is limited to no data on pulmonary effect of vitamin E from inhalation in the scientific literature.

Title: Observation for the development of metformin associated lactic acidosis after an acute metformin overdose

Metformin is one of the most commonly prescribed oral hypoglycemic agents. Metformin associated lactic acidosis (MALA) is uncommon but potentially life-threatening complication of metformin overdose.

Lactic acidosis occurs due to inhibition of mitochondrial glycerophosphate dehydrogenase, resulting in decreased conversion of lactic acid to pyruvate.

A small retrospective study (using Illinois Poison Center data) attempted to characterize the development of MALA after an acute overdose.

MALA was defined as

Time to development of MALA (n=30)

Title: Use of droperidol for cannabinoid hyperemesis syndrome

Droperidol has recently become available again in select U.S. institutions. It has been used as an antiemetic and to treat agitation prior to the FDA’s black box warning (for QT prolongation) and national shortage.

Recently, a retrospective study was conducted (Melbourne, Australia) in the use of droperidol in the management of cannabinoid hyperemesis syndrome (CHS).

Patients with drug-induced cardiogenic shock [DIC] (e.g. overdose of CCB/BB, membrane stabilizing agents, etc.) are often managed with medical interventions such as vasopressors, bicarbonate infusion, high-dose insulin, lipid emulsion therapy. A fraction of these patients may be refractory to the standard medical therapy. VA-ECMO (venoarterial extracorporeal membrane oxygenation) has been utilized in such situation; yet clinical experience of using VA-ECMO in DIC is limited.

Title: Trend of suicide attempt in adolescent and young adults

The rate of suicide attempt has been increasing over the past decade. A recently published article investigated the temporal trend of suicide attempts in adolescent/young adult population (10 – 25 years old) from 2000 to 2018.

E-cigarette (vaping) use has become increasingly popular over the past 10 years, especially among adolescents. Intentional exposure (i.e. ingestion in self harm) of nicotine (e-cigarette liquid) can be life threatening where it can produce mixture of stimulatory (early), cholinergic toxicity and muscle paralysis/respiratory failure by blocking the neuromuscular junction. However, the severity of clinical toxicity in unintentional exposure can vary widely depending on the dose/route/circumstance of their exposure.

Top 4 clinical/demographic characteristics are listed below.

Topical capsaicin has been gaining interest as a potential adjunct to the conventional management of patients with CHS (e.g. antiemetics, opioids, benzodiazepines and antipsychotics).

A small retrospective study was performed involving 43 patients who had multiple visits, and were treated with and without capsaicin. The primary outcome was the ED length of stay (LOS).

Breath analyzers are commonly used by law enforcment officers to test for alcohol intoxication. Breath analyzer uses ethanol partition ratio between blood:breath of 1:2100 = 1 gm of ethanol in 2100 mL of breath/air.

Mouth wash products are frequently used for oral hygiene, and at times, to "mask" odor of substances. These products are readily available in any grocery stores or pharmacy and contain upto 26.9% ethanol (e.g. Listerine) (18.9% - Scope; 14.0% - Cepacol).

Blood: No or very low levels of ethanol (0.002 mg/g) were detected in blood at all collection time for both exposures.

Title: Can too much whipped cream be bad for your health? Nitrous oxide toxicity

Numerous different household products can potentially be misused/abused. One such product is whipped cream charger/propellant that contains nitrous oxide.

Center for Disease Control and Prevention (CDC) recently issued alerts regarding cases of pulmonary illnesses that may be linked to "vaping" (in 15 states with 149 possible cases). These cases are still under investigation but all cases reported vaping weeks/months prior to hospitalization.

Direct hepatotoxicity from a drug is predictable and dose-dependent.

Most commonly implicated agents include:

On the contrary, idiosyncratic prescription drug-induce liver injury is rare, unpredictable and not related to dose.

Most commonly implicated agents are:

Title: How common is hematologic toxicity from copperhead bite?

In a small sample of copperhead envenomation in Virginia, “subtle” hematologic abnormalities were observed but clinically significant hematologic toxicity was not observed (i.e. bleeding)

Title: Pulmonary complication from reversal of opioid overdose with naloxone

Pulmonary complications - aspiration, pulmonary edema, etc. are frequently reported in both heroin intoxication and in reversal of opioid overdose with naloxone.

“Push dose pressors” – administration of small doses of vasopressors in the emergency room has become a common practice. A recently published study investigated the incidence of human error and adverse hemodynamic events.

Push dose pressors were defined as:

Adverse hemodynamic event was defined as:

Volatile inhalants such as glue, lighter fluid, spray paint are abused by "sniffing" (from container), "huffing" (poured into rag), or "bagging" (poured into bag). "Dusting" is the abuse of canned air dust removal products. These inexpensive easliy accessible products are so dangerous  that manufacturers include product warnings regarding lethal consequences from misuse and even may indicate that a bitterant is added to discourage use. Common duster gases include the halogenated hydrocarbons, 1,1-difluoroethane or 1,1,1-trifluroethane which are highly lipid soluble and rapidly absorbed by alveolar membranes and distributed to CNS. Desired effect of euphoria and disinhibition rapidly occur but unwanted side effects include confusion, tremors, ataxia, pulmonary irritation, asphyxia and, rarely, coma.

"Sudden sniffing death" is seen within minutes to hours of use and is due to ventricular arrhythmias and cardiovascular collapse. Available experimental evidence postulates the following mechanisms: Inhibition of cardiac sodium, calcium, and repolarizing potassium channels hERG and I(Ks) causing reduced conduction velocity and altered refractory period leading to reentry arrythmias or myocardial "sensitiization" to catecholamines resulting in after depolarizations and enhanced automaticity. Treatment should include standard resuscitation measures but refractory arrythmias to defibrillation have been reported and use of amiodarone and beta blockers should be considered. 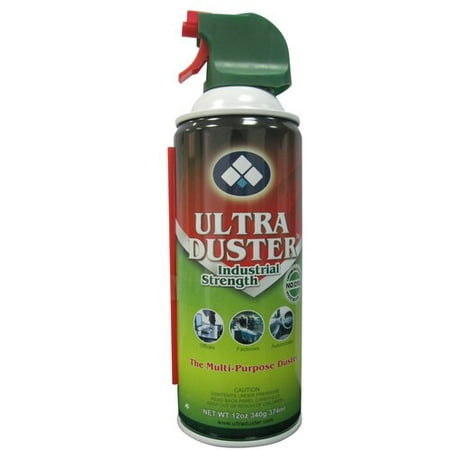 Cyanide poisoning, while uncommon, is frequently fatal. Current antidotes include methemoglobinemia inducers (nitrites), sulfur donators (thiosulfate), and hydroxocobalamin. Each has risks and benefits that must be considered. Three new potential antidotes, including sodium tetrathionate, have recently been evaluated in swine models.

Naloxone distribution programs have been expanding to promote the naloxone adminstration by laypersons, usually intranasal (IN) device, to victims of opioid overdose. A recent study analyzed the reports of prehospital naloxone administration reported to a regional poison center.

Since 2013, the availability of fentanyl has been increasing in the illicit drug supply, especially in heroin supply. Fentanyl and its analogs have been responsible for the dramatic increase in opioid overdose death over the past 5 years.